Voltage refers to the amount of electrical potential your battery holds. The standard automotive battery in today’s vehicles is a 12-volt battery. Each battery has six cells, each with 2.1 volts at full charge. A car battery is considered fully charged at 12.6 volts or higher.

When the battery’s voltage drops, even a small amount, it makes a big difference in its performance. 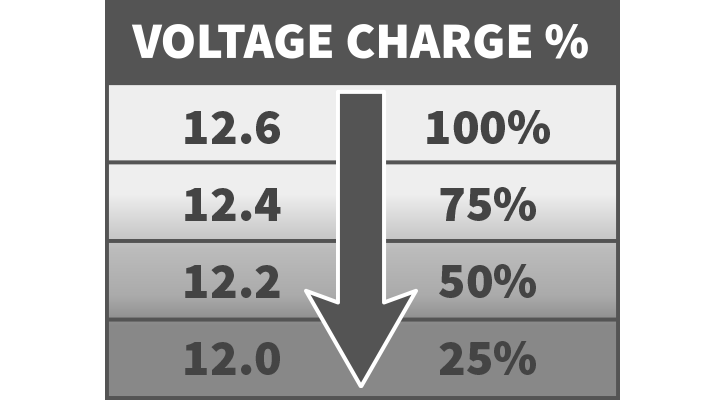